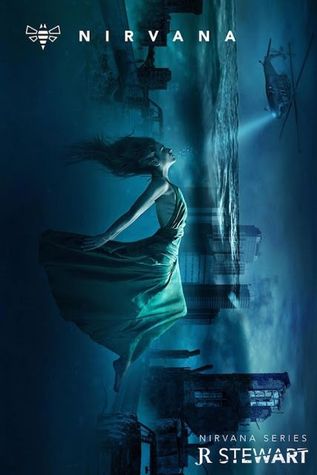 When the real world is emptied of all that you love, how can you keep yourself from dependence on the virtual?

Larissa Kenders lives in a world where the real and the virtual intermingle daily. After the supposed death of her soulmate, Andrew, Larissa is able to find solace by escaping to Nirvana, a virtual world where anything is possible – even visits with Andrew. Although Larissa is told that these meetings are not real, she cannot shake her suspicion that Andrew is indeed alive. When she begins an investigation of Hexagon, the very institution that she has been taught to trust, Larissa uncovers much more than she ever expected and places herself in serious danger. Her biggest challenge, however, remains determining what is real – and what is virtual.

Nirvana is the first instalment in the three-part “Nirvana” series, a fast-paced, page-turning young adult trilogy that combines elements of the romance, mystery, and science fiction genres. This first novel introduces readers to a heroine who refuses to give up on the man she loves, even if it means taking on an entire government to do so.

Rating: 3.75/5 Stars
Quick Reasons: this is like a TOTALLY different book!; awesome plot line; independent and strong-willed characters that make sense; everything has a purpose and is in its rightful place; no more info dumps!; I actually WANT to read book two now

I received an ARC of this read in exchange for an honest REreview; many thanks to J.R. Stewart, Blue Moon Publishers, and Netgalley! (this in no way changed my rating, review, or opinions of this book–except the fact that it was an edited ARC and I’m re-reviewing it now) If you’re interested in seeing my review for the original version of this novel, please go here!

So, okay. The cover is abso-freaking-LUTELY gorgeous. Like, I cannot handle how beautiful it is—the mysteriousness, the mist, the water, the buildings, the awesome pose… It all comes together so wonderfully, and made me want to pick it up because WHAT SORT OF BOOK could possibly be bad with a cover like this?!?! Just… Just LOOK at it! It’s so pretty!

I’m not sure what sort of voodoo magic J.R. Stewart pulled out for this edit/rewrite, but OH MY GOODNESS, this is like a completely different book! I just cannot wrap my head around how far this book came from the original ARC I received; it’s jaw-dropping astounding!

So let’s get into the nitty gritty, yes? First things first–the story telling. I had a HUGE amount of contention with this in the first draft; I felt it was nonexistent. Lackluster. Boring. I have to take back ALL of those things now–the updated version is coherent, well plotted out, and HUGELY entertaining. There are new twists and turns to the story, there is an actual GOAL being worked toward with the characters, and everything–EVERYTHING!–comes together in beautiful and surprising ways.

There are no “out of left-field” shifts in focus or subject. The plot is no longer filled with spontaneous, unexplained loopholes–instead, every moment and action has a clear purpose, and is explained adequately and thoroughly. I wasn’t frustrated with the world-building this time around; instead, the world LEAPED to life for me. I could “see” what I was supposed to, I knew what was happening at all times, and pieces of information that seemed randomly thrown in or decided upon later in the first version were well-timed and described in this one.

I think, though, the most important shift I saw in this version lies with the characters. Before, they seemed almost aimless–Larissa (or Kenders) was left flailing and obsessively stubborn in the first version. I didn’t like her, I couldn’t connect with her, and I was more annoyed with her than on her side. BUT THIS VERSION of Kenders! I actually understand her, where she’s coming from, why she does what she does… She makes sense, and I was enthralled with her throughout. Because the plot is so sturdy and well-done, I found I was much more able to connect with her and root for her. And because it seems J.R. Stewart finally figured out where this story was headed, EVERYTHING fell more into place–the dialogue is realistic and human, there are no longer huge amounts of info-dump followed by filler prose. The plot has a rhyme, a reason, and a rhythm and it pulled everything together in a way I wasn’t expecting my second round reading this.

This is a far cry from the soggy cardboard story I felt the first draft (I guess I should refer to it as a very rough draft now!) was; I’m definitely intrigued, and am actually interested enough in what’s going on to already be considering picking up book two when it comes out! The ending is a bit disappointing, though, so be warned–I wasn’t pleased with the way it comes so full-circle. I suppose there’s a reason for it, though.

I’d definitely recommend this updated version to lovers of sci fi/fantasy, headstrong and independent characters, and fascinating complex plots! There’s still that touch of dystopian that keeps it well-within that genre…but it no longer screams “just like all the others.” It’s unique, well-written, and concussive in its explorations. I’m SO glad I gave it a re-read!