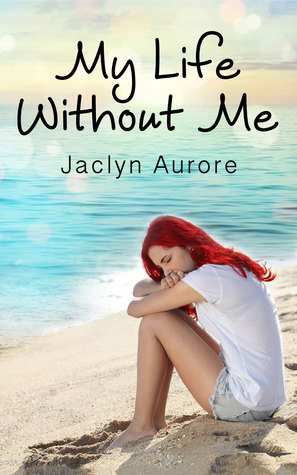 My name is Jamie, and I am brilliant. Or at least I was. Now I don’t know what’s what anymore.

Living in a swirling fog of absent memories, Jamie struggles every day to remember who she is and where she’s going. While her classmates are discussing the latest book craze, she is tracking her own life in a journal.

Each day brings new challenges, especially when Callum McKenzie appears, bringing with him a brief glimpse of clarity. Whenever the exchange student from Scotland is near, Jamie’s unusual amnesia recedes, allowing her to experience university life with ease.

Unfortunately, Callum’s presence in her life is as unstable as the fog that threatens her. He knows more about Jamie’s life than she does, but he never sticks around long enough for her to figure anything out. It’s only a matter of time before she forgets everything altogether.

Quick Reasons: sickening, overly sweet insta-love; who kisses strange men in bathrooms just after meeting them?!; weird plot, with very little explanation; random “tie ups” that made little sense in the grand scheme of things; a lot of this felt like the author was seeking an easy, but unique, out for the plot-corner she wrote herself into; I was curious enough to keep reading, but…

I just… I didn’t like this book. I mean, yeah—I was curious enough to want to keep reading. I pushed through the weird, the random, and the confusing to get to the end…but I don’t feel like the lead-up was nearly as climactic as I’d been expecting. I was waiting for some huge ball to drop, some major secret to be revealed. Instead, I got weird tie-ups and a sense the author wrote herself into a corner…and couldn’t figure out a way to get out of it.

“I’ve been trying to study for midterms, and write these papers. I don’t have time for romance.”

So, first off: I felt literally nothing. NOTHING. For Jamie. Which isn’t surprising, as she doesn’t even really know enough about herself to care about herself throughout this book. But come on, book! Seriously?! You couldn’t give me a character like Jamie that I could actually connect with and feel something for? It’s interesting, thinking about it now—this is one of several books I’ve read recently with characters who have amnesia/memory problems. I don’t think I’ve honestly liked ANY of those characters enough to care about what they go through in their books. Why is it so difficult to make a likeable character who also has memory loss? I don’t get it.

Callum I liked…to a point. But again, we weren’t really given enough of him/his personality to make a complete judgment. These two characters felt more like paper dolls than humans: dress them up, choose their facial expressions…but you’ll only feel something if you knick yourself on their sharp edges. Except this book? HAS no sharp edges. There were no “jump” moments; there were no large epiphanies or huge reveals that led to heartbreak for me. The read was…pretty flat, which is disappointing, as I’d been hoping, from the blurb, for some sort of epic romance/self-discovery journey.

After a few more classics like Video Killed the Radio Star, Piano Man, and Bohemian Rhapsody, along with a couple of songs that I don’t recognize, like a random track about liking big butts and not lying about it, and a tune by Michael Jackson that I probably should recognize but don’t…another person from our table is called to the microphone.

Speaking of…there were a LOT of things in this read that didn’t make sense to me, and felt sort of half-explained. A lot of the time, it seemed as if the writer got bored with her story halfway through, so threw in some “twists” that were meant to spice things up but really only worked to confuse readers more. I mean…in a book that, for the most part, remains pretty much in the realm of realistic, suddenly casting out the “dark magic” reveal near the end? I couldn’t shed my disbelief fast enough to follow that line of thinking. Count in the fact that it’s not mentioned really anywhere else, save a brief moment when Jamie makes a quip about it being “magic” or “evil forces”…you can see why this was hard for me to swallow, I think.

This was, overall, a very disappointing read. The only reason I even kept reading through it was because I wanted to know what happened—my curiosity was piqued pretty early on. But…the answers I found at the end? Not nearly as satisfying as I’d been hoping for. I don’t know that I’d recommend this—even as someone who adores weird reads, this book was almost TOO weird. It’s confusing, abrupt, and not easy to lose yourself in. But…those are just my opinions. Perhaps you’ll think something different.