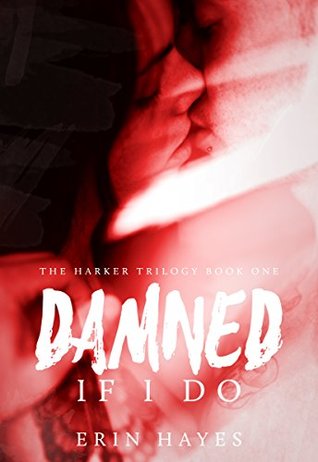 They killed my sister and infected me.

Now I have to pick up the pieces before I die.

I’ve spent the last five months trying to find the bastard who did this. Yet, even with the help of a hot amnesiac vampire named Jude, I’ve had zero luck.

Until now. And it could change everything. Even though I grew up in a family that hunted the supernatural, there were still things I didn’t believe in.

Now I have to hurry for the slim chance that I could save us all. Because when you fight against immortal vampires, you’re the one who’s running out of time.

Quick Reasons: forbidden love; vampire lore with an interesting and unique twist; a vampire and a witch walk into a bar…and blow the roof off; well-developed, snarky characters; the relationships built upon and portrayed throughout are gold; loads of action and fight scenes; this will leave readers hungry for more

Huge thanks to Erin Hayes and Giselle @ Xpresso Book Tours for granting me access to this title free in exchange for an honest review! This in no way altered my read of or opinions on this book.

I need to start this review off with an apology, dear penguins. I am a terrible, terrible book reviewer. See, I read this book on the plane ride home from my vacation. On the 15th. You know, several weeks ago? And then I got off the plane…and promptly forgot that I had a review to write at all. I guess I should have written myself a note on the cocktail napkin that came with my drink, or on my hand, or on my forehead… Something?! Regardless, I’m typing it up now–do you forgive me, penguins, for being such a basket case? I hope you do.

This book was equal parts “magical, snarky, stubborn witches”…and “blood-thirsty vampire.” There was an incredibly unique and inventive take on magic meets monster to this story that I became immediately engrossed by–no, really! I think it took all of one chapter for me to realize this was EXACTLY the type of book I love to fall into. I ADORE the world Erin Hayes built around her readers in this book–it was dark, full of action, and compelling. I was entertained from the very beginning–and hungry for more at the end. Seriously, I’m super glad I have the second novel in this series to dive into soon–I am dying to know what happens next!

The characters are well-rounded, snarky in all the right places, and realistic in their relationships/reactions. This read is FULL of drama, emotions, and broken personalities…and I adored every single minute of it. The love story is, while touching upon the cliched “forbidden” of mortal and the undead, both endearing and surprisingly steamy. I LOVE that this book is written in two perspectives, as well–it helped to fully immerse me in the story AND in the characters. There’s also an intriguing…twist, near the end, that caught me off guard. I’m not sure how that will come into play in the second novel, but it’s bound to be interesting!

I had a TON of fun diving into this world of chaos, vampires, and magic–and I can’t wait to pick up the second book! I am sorry, though, that I forgot until tonight that I’d even finished this read; how dare I call myself a book reviewer?! Feel free to revoke my privileges, if you must…though I do hope you don’t. I recommend this read to lovers of vampires, forbidden romances (think akin to Twilight, sort of…), and a fight to the death (or, rather, a fight to NOT die). This is entertaining from start to finish; if you’re seeking a fun, quick read, perhaps you should consider this one!

About three things I was absolutely positive.

First, Edward was a vampire.

Second, there was a part of him – and I didn’t know how dominant that part might be – that thirsted for my blood.

And third, I was unconditionally and irrevocably in love with him.

In the first book of the Twlilight Saga, internationally bestselling author Stephenie Meyer introduces Bella Swan and Edward Cullen, a pair of star-crossed lovers whose forbidden relationship ripens against the backdrop of small-town suspicion and a mysterious coven of vampires. This is a love story with bite.

Rating: 3/5 Stars
Quick Reasons: interesting twists on “vampire” lore; tons of snark and intelligent humor; obsessive, almost unhealthy romance; the sort of read you can turn your brain off for/not think about

Yes, I read this book—AGAIN. I watched the first two movies the other night, and couldn’t help feeling I was missing out on the… “magic” I used to feel for them. I decided maybe I’d try reading the first book again and see how older me enjoyed it compared to the last time I read the series (something like five years ago.)

Even more, I had never meant to love him. One thing I truly knew – knew it in the pit of my stomach, in the center of my bones, knew it from the crown of my head to the soles of my feet, knew it deep in my empty chest – was how love gave someone the power to break you.

I guess, going into this, I was expecting some sort of the same compulsion I felt reading this when I was younger. I got into this series VERY late in it’s publication life—I didn’t read the books until just before the movies started being made, and only then because my roommate convined me I ought to give them a shot. I remember, while not necessarily being blown away by the read, being obsessed with the series nonetheless. I needed to finish them; I think I read the books in about five days total the first time around.

But this time… I’m not sure. I guess older me, having read as many books as I have this year alone—having opened myself up to other genres, different authors—doesn’t see the same things young me did in this book. Instead, I caught a lot of things that I questioned other people for seeing the first time around. While I still enjoyed the read, it wasn’t as magical as I remember it being.

Bella is not nearly as creative as I used to think. Now, she’s sort of….flat and almost boring. A few of the things she said throughout this book bothered me a LOT more than they did when I was 22—perhaps due to life experiences, perhaps due to my own personal growth both in reading and myself. I wasn’t nearly as drawn to her and Edward as before—they’re the sort of characters I would expect to be on the sidelines in a novel, not the front-runners.

I couldn’t bring myself to regret the decision. When life offers you a dream so far beyond any of your expectations, it’s not reasonable to grieve when it comes to an end.

The snark seemed almost better this time through, though. I was more entertained by the sarcasm than most of the story. I also still appreciate that I can turn my brain off completely—these books require very little thinking, so when I need to take a break and let my mind breathe, I usually pick this series up because it does the trick.

The writing… Well, it’s not the best, but it’s also not terrible. There’s just enough detail to keep readers “seeing,” though most of the descriptions focus on (surprise, surprise) Edward. Stephenie Meyer knows how to set a scene; I wish she’d used her flair with poetic prose to help bring this more fully to life by focusing more on the surroundings, the action, instead of just upon the characters and how “perfect” Edward’s face is.

“Twilight again. Another ending. No matter how perfect a day is, it always has to end.”

So… While I enjoyed the read, and being able to turn my brain off for a while, I took a star off my original goodreads rating. This book just doesn’t appeal to me in the same ways it used to, and that’s totally okay! We all change when we get older; this is just one of the ways I grew, I guess. I’d still recommend the read to lovers of vampires, teenage angst/romance, and snarky dialogue! Perhaps I’ll pick up book two in the future for a reread; for now, I’m moving to something else.