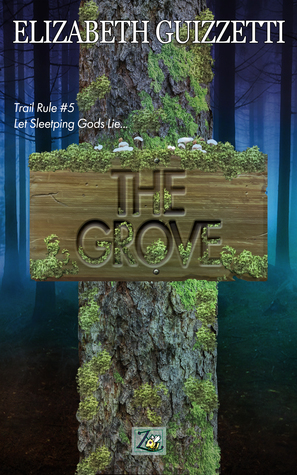 Sitka’s Quay appears to be like every other coastal tourist town on Highway 101, but lurking below its southern grove of ancient spruce are three sleeping primordial gods. For an eon, their bloodthirsty dreams have radiated into the ground and restore anyone who walks within the Grove. The Keeper, Dayla Fischer, must remain in control of her magical abilities or fall into sickening madness, but lives a relatively quiet life with her husband, Oliver.

That is, until the delusional, but charming Jonah Leifson comes to town with a plan to awaken the Three. Soon, children begin disappearing. With powerful suggestion spells and mind reading abilities, Jonah wins over other sorcerers, meth users, the police, and eventually even her husband. Though no one believes her and she doubts her own sanity, she must stop Jonah, before he wakes the Three and brings about the end of the world.

Quick Reasons: marked as ‘horror’ but I wasn’t really horrified at any point; interesting look into manipulation and emotional abuse; great world-building; the implementation of magic in this world was creative and well-done; I don’t generally like witches/sorcerers in books…but this one was imaginative and, while not horrifying, at least somewhat creepy; just a little bit of a dragging plot

HUGE thank you to Elizabeth Guizzetti and ZB Publications for sending me a copy of this title in exchange for an honest review! This in no way altered my read of or opinions on this book.

This was, overall, an interesting–if slightly dragging–read. I felt, at moments, that the writing was so inundated with descriptors and abstract language, it became a bit difficult to track the actual action. Several times I found myself simply skimming paragraphs I didn’t feel were important to the plot, and having to go back to read them over again when I realized I’d missed an important detail in the blather. This, fortunately, didn’t happen often, and while the plot dragged in a few crucial instances, I was intrigued and enthralled regardless.

I don’t, however, know if I necessarily felt scared by this read. I’m not one for books about witches or sorcerers–I blame this entirely on my love for the world of Harry Potter, honestly. Nothing else ever QUITE matches up, I guess. I mean, how could anything be expected to?! BUT–I went into this book hoping to be scared out of my skull. The blurb sounded promising. I got a sort of Sinner feel almost immediately, despite the difference in worlds and premise. But…instead, I was sort of let down. There were a few cringe-worthy, creeptastic moments…but overall, the plot felt a bit 1-dimensional and unchallenged.

I really enjoyed how Elizabeth Guizzetti experimented with manipulation and emotional “abuse” in this novel (abuse in quotations because it’s not QUITE the right word for what happens throughout this read). Jonah is a very driven, obsessive character on a dark mission. I got a few “Voldemort and the Horcruxes” feel throughout, especially given the fact Jonah essentially split himself (and another character, later on) into two separate entities. The rest of the characters also go through their own transformations, psychotic breaks, and intriguing struggles. The fact that Jonah uses manipulation to break and mold the ENTIRE town (save, of course, our “heroine”) made this an even better descent into pure chaos and insanity. No character was overlooked or cast aside–every single person who came into contact with Jonah and his plight, was touched and changed irreversibly. This was both well-done and supremely creepy.

And that ending! The ending is probably the most horrifying part of the entire read–and I mean the ACTUAL ending, not the few pages prior to it. There’s a huge plot twist within the very last few sentences that entirely changed my ideas on the Gods portrayed in this read…and took me by complete surprise. Of course, this also means the ending is basically a huge cliffhanger…but honestly, I don’t feel as if I was let down by this in any way. After all, the big “story” for this first novel was completed and put to bed… The cliffhanger is, effectively, just leading readers into the next big story line. 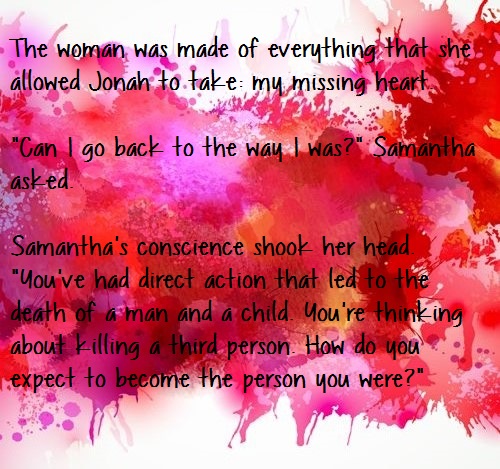 While I was slightly disappointed overall by the lack of horror in this read (at least, for me personally–it might be scary to others, even if it wasn’t for me!), I had a great time learning about this world and the way magic works within it. The plot does drag in a few moments, and some of the prose gets a bit tedious with descriptors and abstract language… but overall, this was an entertaining and creepy look into magic and manipulation. I’ll definitely be keeping an eye out for book two in the future–I can’t wait to see what the big cliffhanger at the end means for our characters! I recommend this to lovers of obsessive characters, magical realism, and creepy villains!