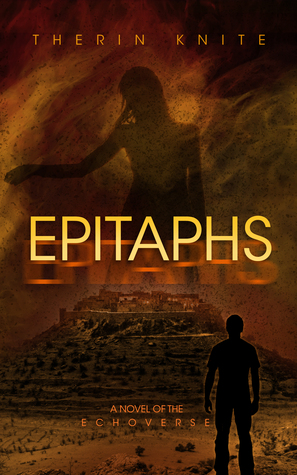 Adem Adamend still has it rough. His name is still ludicrous. His friends are still few. And his new boss likes to break his nose twice a week in combat training.

But when a local college senior is brutally murdered by the dream of a sandstorm brought to life–and the monsters hiding within–Adem finds himself swiftly ripped from his boring training curriculum and tossed into a web of secrets and lies in the heart of the city he calls home.

With threads pointing to the ruthless Columbian mob, a cyber-attack threat against multiple federal agencies, and the shadow of the man who sponsored Adem’s corrupt ex-mentor, the IBI-turned-EDPA agent knows he has little time before the body count rises exponentially.

But in order for Adem to solve the case, he’ll have to contend with old wounds still raw, a new team he doesn’t think he can trust, and his own developing echo powers…

…the last of which may pose the most dangerous threat of all.

Quick Reasons: Adem is still a quirky, arrogant genius; we get to see more of his “human” side in this sequel; the rest of the cast also are more vibrant, more rounded-out; the writing is still action-packed and humor-laced; there was some confusion on Adem’s name near the 60% mark—which annoyed me

Huge thanks to Therin Knite for, once again, providing me with an ecopy of this read in exchange for an honest review! This in no way changed my opinions or enjoyment of this book.

I’m holding an eight-pound turkey like a newborn in my arms when a flying bag of yams breaks a man’s jaw.

And then someone is murdered by a dream.

(Because this is my life we’re talking about.)

Warning for sensitive readers: there is graphic language and detailed violence in this book. There is a good amount of blood and gore, and several dozen murders. If you are triggered by or uncomfortable with this, please be sure to really think about picking this book up.

So…first off, I’m not sure I enjoyed this one QUITE as much as I did the first book in this series. I don’t know why this is, exactly—there’s still a TON of action, drama, and genius involved. Adem is still a snarky, arrogant, quirky character; Jin is still the strange, overly-attached sidekick. There are still plenty of dream sequences, violent life-or-death battles, and AHA! moments. But for some reason, I wasn’t as INTO this book as I was Echoes. Maybe I just wasn’t in the mood for this sort of read this time around; that’s what I’m hoping, at least, because I LOVE Therin Knite’s writing.

And that’s when I realize I’m sitting next to my body.

It’s lying on the floor, face down. Blood creeps out from around a gaping wound on my skull (and seeps from my nose). With the orange haze, I can’t be sure, but I swear I spot a flash of white bone beneath the bloody pulp and tangled, matted patch of hair. My body doesn’t move, doesn’t even twitch, and for years in seconds I don’t think it’s breathing, this thing with my face and my shape and my clothes and my recently acquired injuries.

That’s the first thought that pops into my head.

I was killed by a f*cking statue, and now I’m a ghost.

That being said, this was still an entertaining, enjoyable read. The action kicks off right from the beginning; Therin Knite continues to astound me with her awesome writing and on-point plot. Perhaps the biggest thing I found lacking in this book were the plot twists—there didn’t seem to be as many as in Echoes. Instead, most of the answers were clear from the get-go (at least, to me) which made the “reveal” feel less authentic.

There were also some…spelling? inconsistencies in regards to Adem’s name near the 60% mark. I became confused pretty quickly, because suddenly (for at least one chapter) he began calling himself ADAM, instead of Adem. It caught me off guard, and sort of annoyed me overall—I actually took a second to wonder if I’d perhaps just been reading his name wrong this entire time. But no, it reverts back after that chapter. I’m not sure what happened there, but… Eh.

It’s a requirement for people in positions like theirs, breaking your heart until it heals calloused. Because they must be immovable rocks, reliable always, for their men and women to stand upon when the rest of the world shifts like sand beneath unsteady feet.

Overall, this was just the sort of quirky, adventurous read I’ve come to expect of Therin Knite’s novels, and I can’t WAIT for the concluding novel to come out this year…mostly because this book ends on a pretty spectacular cliff-hanger. I recommend this book to lovers of Inception, adventure-packed novels, and lots of life-or-death battle scenes. For the second book in a series, this held up pretty well; I can’t wait to see what’s in store for Adem in the future! 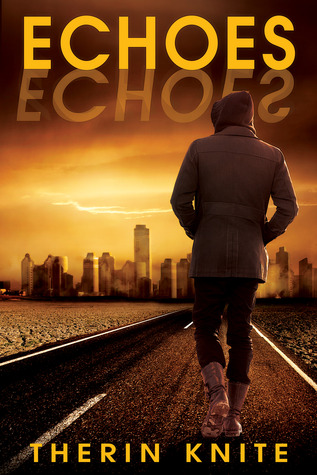 Twenty-three-year-old Adem Adamend has it rough. His name is ludicrous. His friends are few. And the only thing his “kid genius” status has gotten him at the Interdistrict Bureau of Intelligence is a boatload of extra work with no credit in sight.

Then hotshot lawyer Victor Manson is burned to death in his own back yard, and Adem finds himself using his unique skills to piece together the strangest crime he’s ever seen. Strange because the only possible suspect Adem can pin the murder on…is a mythical beast. A dragon.

Before Adem can unravel the mystery of Manson’s death, the Bureau loses jurisdiction to the secretive EDPA, an organization that investigates weird and deadly events. But Adem isn’t one for giving up, so he takes it upon himself to delve deeper into EDPA’s machinations, into the series of unfortunate events that led to Manson’s demise.

And what he finds may change the way he views the world — and himself — forever.

What do you do when a killer can hide behind his dreams?

What do you do when a murder weapon ceases to exist?

And how do you stop a villain who can conjure up nightmares and burn you from the Earth in the blink of an eye?

Adem Adamend is about to find out.

Rating: 4.5/5 Stars
Quick Reasons: a special snowflake who is also entertaining and arrogant; the fantasy and originality in this read are beyond awesome; the concept, while not original, has unique twists and changes; an effective use of red-herring

If there were a way to seep a writer’s genius through the pages of their works, Therin Knite would be at the TOP of my “need to steal” list. I mean seriously, this woman has definite writing chops—and I’m supremely jealous.

A single dollop of raspberry donut filling. That is what prevents Victor Manson’s seventy-seventh death by dragon.

I think the thing I envy about Therin Knite most is her unlimited amount of unique and creative ideas. She starts readers off running, thrusting them into the midst of a story and explaining the important details as needed, instead of attempting to dump a bunch of confusing information in the first few chapters. The plot is well-paced and set up perfectly. In fact, Therin Knite puts everything into creating red-herrings so obviously unobvious, you’ll have yourself believing it MUST be the answer…only to realize the answer is about a million miles off from that. The concept of this read is also, while not original, filled to the brim with Knite’s unique flair and ideas.

Her style is also unique—inventive in all the right ways, gorgeous in the rest. It’s not hard to get caught up in the story or her descriptions—she makes things so real, you’ll leave the read believing her creations actually exist. It’s easy to imagine these characters off the page—because the author makes it easy. Same with her world-building: the details are so inventive, so well-described, so realistically woven into realism you’ll begin to wonder if such things might have ALWAYS existed…and been overlooked or ignored.

Heterochromia lady has crept up to us like a snake in a sea of rainbow-colored glass. Too-severe mod cheeks give her dyed turquoise lips a dollish smile, and the proportions of her body have been stretched and thinned to make her fit the silhouette of a designer store mannequin. Even in a room full of half-remembered dreams, she looks like a walking storybook character.

As always, the snark and witty banter are out of bounds with this read (yes, I did just quote Guy Fieri.) Adem Adamend is an arrogant, pompous, special snowflake of a character—of course, the last of this might be attributed to being in the wrong line of work at the beginning of this book, so I won’t hold that against him. But what he has in genius and intellect, he makes up for in awkward social engagements and ridiculous reactions.

His character pair, Dynara, also balances him out nicely—she has the same level of snark and wit, but she also pulls Adem out of his own genius. She forces him to think outside the box, she challenges him to figure out things on his own, and she doesn’t make it easy. Instead, she settles back, gives him just enough clues to get him by…and waits for him to figure it out. Their interactions are entertaining and at times squee-inducing. They’re just so adorable, you won’t be able to do anything but love them.

The draon explodes into a swarm of butterflies. They blow past us, a couple landing on my face and chest. They’re black and blue, beautiful, harmless things. The bulk of them scatter into the heavy winds, and poorly hidden bystanders begin to emerge from their cover to watch the spectacle recede. Someone starts to clap, and the muffled fever catches on before igniting into a shower of senseless cheers.

“Did I just turn a dragon into butterflies?”

Once again, Therin Knite blew me away with her beautiful prose, awesome plotline, and endearing characters. I will be picking up Epitaphs (Echoes #2) in the very near future, in anticipation of the soon-to-be-released third book! I’d definitely recommend to lovers of sci fi/fantasy, thrilling adventures, and awkward geniuses. If you haven’t read a book from Therin Knite yet, I’d recommend you start with this one—I promise you won’t regret it. I can’t wait to see what the world has in store for Adem and Dynara next!