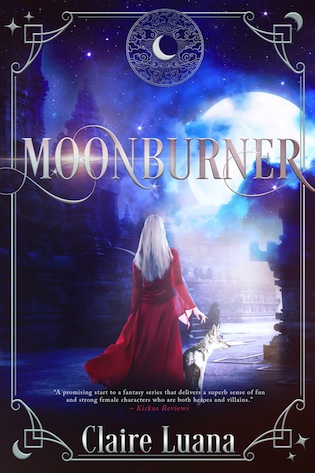 Kai is a Moonburner—a female sorceress reviled by her people and normally killed at birth. Except Kai’s parents saved her by disguising her as boy—a ruse they’ve kept up for almost seventeen years. But when her village is attacked, Kai’s secret is revealed and she’s sentenced to death.

Thankfully, the gods aren’t done with Kai. Despite the odds stacked against her, she escapes her fate, undertaking a harrowing journey to a land where Moonburners are revered and trained as warriors.

But her new home has dangers of its own—the ancient war against the male Sunburners has led the Moonburners down a dark path that could destroy all magic. And Kai, armed only with a secret from her past and a handsome but dangerous ally, may be the only one who can prevent the destruction of her people… 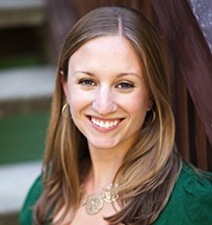 Claire Luana grew up reading everything she could get her hands on and writing every chance she could. Eventually, adulthood won out, and she turned her writing talents to more scholarly pursuits, going to work as a commercial litigation attorney at a mid-sized law firm. While continuing to practice law, Claire decided to return to her roots and try her hand once again at creative writing. She has written and published the Moonburner Cycle and is currently working on a new trilogy about magical food. She lives in Seattle, Washington with her husband and two dogs. In her (little) remaining

spare time, she loves to hike, travel, binge-watch CW shows, and of course, fall into a good book.