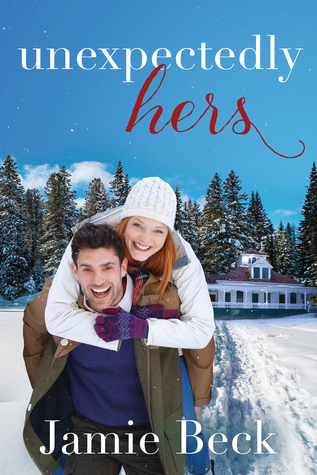 But Emma’s real life is about to heat up when her mother books the entire inn to a professional snowboarder, hoping the publicity will put them on the map. In a karmic twist of fate, that guest is Wyatt Lawson, the man with whom Emma had shared the secret one-night stand that became the inspiration for her novel and its dreamy hero. Worse, a film crew is documenting his comeback just as her debut is about to hit the shelves. Emma’s only saving grace is that Wyatt doesn’t remember her—and hopefully he never will.

When Wyatt arrives in Sterling Canyon for several weeks of intense training, the last tumble he expects to take is falling for a girl, especially one as shy as Emma. Unlike groupies with their hidden agendas, she isn’t using him—or so he believes…until the film crew uncovers Emma’s pen name and steamy novel.

Wyatt’s comeback run can withstand a fall or two, but can his heart recover from this crash and burn? 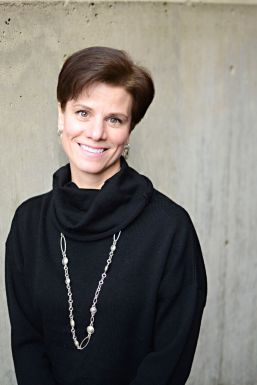 Jamie Beck is a Romance Writers of America Honor Roll author with a passion for writing stories about love and redemption, including her best selling St. James and Sterling Canyon series. When she’s not writing, you can find her dancing around her kitchen or hitting the slopes in Utah and Vermont. Above all, she’s a grateful wife and mother to a very patient and supportive family.

Huge thanks to Jamie Beck, Montlake Romance, and PR By the Book for sending me a free digital galley of this title in exchange for an honest review! This in no way altered my read of or opinions on this book!

So first things first: I was super nervous, when I received this book for review, that I’d be stepping into the middle of a story and wind up SUPER confused (or, at the very least, super spoiled on the previous two novels). Much to my surprise, this read like a standalone novel–in fact, I was immediately immersed in the story and SO admire the way Jamie Beck both brought back the recurring/previous characters, while still allowing this novel to stand apart and be read on its own. That being said, now that I’ve had a chance to look up the previous two novels, there ARE a few spoiler-y moments I encountered….but in the end, they’re so minute and tiny, I feel as if I could still backtrack and read those two novels without too much fuss.

The romance in this particular read is super believable and SO, SO steamy–seriously, my poor penguin beak about melted off my face during certain sexy moments, though Jamie Beck wrote them to remain tasteful enough that sensitive readers won’t have problems reading the scenes. While there are some moments of tension/plot-heavy action…the book, for the most part, is more focused upon the characters and their changes/growth journeys. Emma’s story, in particular, was super sweet and endearing to read–her growth from shy wallflower into strong, comfortable-with-herself woman has become something of an inspiration for me, to be honest. I really, really enjoyed following her through these events of her life! 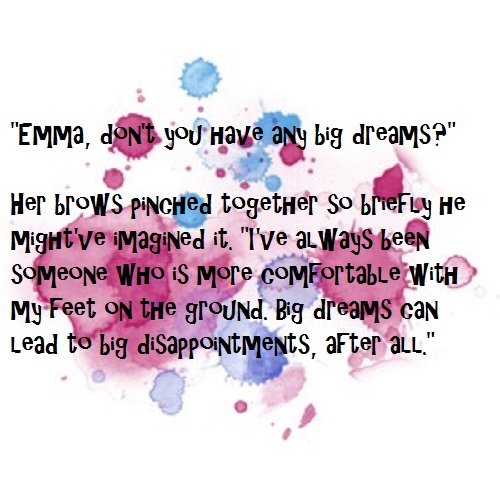 I was a little bit disappointed with how quickly things are resolved in the end. I felt like Wyatt left Emma with SO much drama and anger, only to “suddenly” realize how right she was for him after seeing her again several weeks later. It felt a bit contrived, honestly, and wasn’t entirely believable for me. While I understand forgiveness, I felt like Wyatt’s complete 180 in emotions was a bit TOO quick in coming.

Still, I had a ton of fun getting to know these characters and visiting their sleepy Colorado town. The fact that the settings are so close to my home (Wyoming girl, here!) brought about a fair amount of nostalgia–though I have to admit, I still don’t miss the cold or snow! I definitely recommend this read to lovers of chick lit, contemporary romances, and character-focused plots. Put on your goggles and strap in, penguins–these slopes are steep!