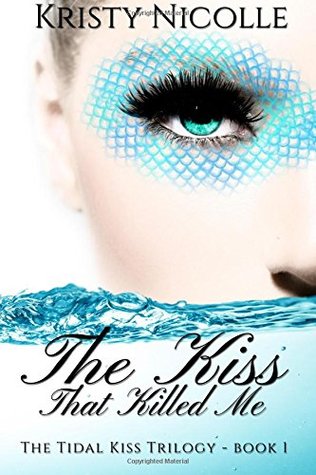 When Callie Pierce turns 18 she has three very simple goals: avoid her stepfather, escape to an Ivy League university of her dreams, and party with her friends. But on a night like any other, when the moon is full over the ocean, her life changes in a way that no one could have ever seen coming. On the sandy beaches of San Diego she meets Orion, a man from whom she cannot stay away, to whom her return becomes as inevitable as the tide kissing the shore. If that isn’t enough, a kiss which changes everything plunges Callie head first into a world of mythic responsibility, epic danger, and heart stopping romance. The mer, an ancient race of warriors brought forth to defend the seas, show her wonders beyond what is humanly possible, forcing her into an archaic chain of events that bring together power, seduction, violence, and beauty in a terrifying, yet exhilarating mix. Then there’s the Banished to contend with, a group of psirens corrupted by the oceans abyss that stand to destroy the eternity Callie has been promised. Will she sacrifice herself for the greater good, or is the gravity that pulls her to Orion just too great to bear?

Quick Reasons: interesting, unique world-building; new twists on some old lore; weird and slightly unbelievable family dynamics; a lot of vague, abstract sex scenes that took focus from the plot; Callie, our MC, is extremely wishy-washy about every decision that matters

Huge thanks to Kristy Nicolle for sending me a copy of this title in exchange for an honest review! This in no way altered my read of or opinions on this book.

I know what you’re thinking, penguins. Something along the lines of, “Beth, you don’t ever enjoy mermaid novels–WHY do you keep picking them up!? To which I say, “Not true!” In point of fact, I have enjoyed ONE book about mermaids…and I’ve read several others that held a ton of promise. Mermaids are one of my favorite mythological creatures. I guess I keep picking these books up hoping to get swept away.

This particular read did not, unfortunately, succeed as well as I’d hoped. There are a lot of weird and awkward plot points in this book that felt forced or contrived to keep the story moving forward. The relationship between Callie and Carl at the beginning wasn’t adequately explained, in my opinion–it is made very obvious, very quickly, that Carl HATED Callie, but we’re never given an actual reason for this. It’s sort of like all those old fairy tales with wicked stepmothers and emotionally abused/neglected Princesses…except the stepmother’s been gender-swapped. Callie’s relationship with her mom is pretty unbelievable throughout, as well. I found myself asking, several times, what the point of even including parental figures in this book was–because it seemed the point was just to bring unnecessary and superfluous pain into Callie’s world. I just didn’t feel like these relationships really did much for the plot, overall.

I was super intrigued with the world-building and lore that Kristy Nicolle constructed around me as I read! She includes in-depth, minute details that brought the scenery to life and helped to immerse me more fully into this world, though at times I felt her obsession with the color turquoise was a bit over the top. I mean, for the first half of this book, I was quite certain that was the ONLY color that Callie ever really saw in the world! It was a bit excessive.

The lack of movement getting the plot underway–and then keeping it going–was, however, disappointing. Instead, moments that could have been filled with action or explanation of the world were given to vague, abstract sex scenes. As I’ve said before, I don’t mind sex in my books or in YA…but when you have three or four very metaphorical, “panned out” scenes within as many pages of each other, I get a bit peeved. Callie sort of, in this sense, reminded me of Bella from Twilight–she was a bit obsessive about getting physical.

This was an interesting, promising start to the series, though a bit confusing and frustrating to me personally. The descriptive imagery really helped to immerse me in this world, while several of the more important relationships broke my suspension of disbelief. Still, I recommend this to lovers of mermaids, beautifully-crafted descriptions, and unique world-building around well-known lore. I can’t wait to DIVE into book two and see what new whirlwinds await these characters!

7 thoughts on “The Kiss that Killed Me: This Book Brought Up Some…Interesting…Questions”