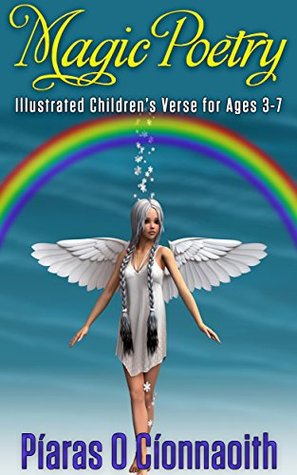 This collection of children’s poetry spans over a forty year period. Taking a break from serious writing, I remembered some of the songs and poems I wrote as a young teenager. I thought I’d share them here with you now. They may not be ‘classics’ by no means but I hope your children or grandchildren will find fun in reading them.

The one thing about poetry, I believe, is that it’s everlasting. Words are beautiful and uplifting if they are used in the right way. I hope that by sharing this collection of poetry, it will introduce young minds to a world of endless opportunities. Imagination is like the Universe…endless in its possibilities.

I hope that this work will encourage young minds. I also hope that exploring the mystical realm will ignite creativity to encourage future writers to astound us with their imaginings. It starts with a few simple words.

Quick Reasons: cute and fun; full of fantastical creatures; some of the rhyming felt a bit stiff or forced to me; I wish there had been more “moral” poems; love the graphics/illustrations

Huge thank you to Píaras Ó Cionnaoith for sending me a free copy of this title in exchange for an honest review! This in no way altered my read of or opinions on this book. 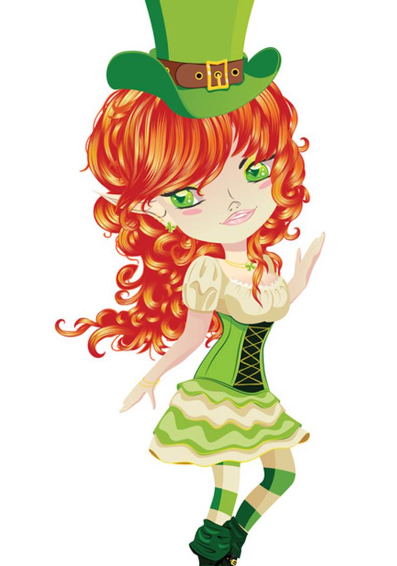 This is a super adorable, super fun collection of fantastical children’s poems. I really adored and appreciated the illustrations/graphics that separate each poem and give a “glimpse” into the character coming up–they helped to break up the pages and to keep the flow moving, if that makes sense?

I do wish, though, that a bit more story-telling had been put into the poems. Several of them seem to be saying the same thing– how excited about the fantastical creatures the poet is, and that’s great! But I felt as if a lot of the poems introduced a character in very simple ways and then ended without telling a story or leaving me with anything to think about. Don’t get me wrong, I know this is a children’s book/a collection of children’s poetry, but that doesn’t mean there can’t be poems with stories or morals! Just look at Shel Silverstein, for instance–his poems are super quirky and sometimes very wild, but they all make a statement of some kind. Dr. Seuss is much the same way.

I did have fun taking a walk through this author’s world. There were a few poems scattered throughout that seemed to be making a moral statement or passing along a lesson, and these proved to be some of my favorites. Several of the poems, though, didn’t present the creature in question in any new or inventive ways, instead calling upon the more well-known lore, which was disappointing–they felt a bit like pieces of cardboard, to me, plopped onto a page without really being colored in as individualized, unique characters.

While the rhyming was sing-songy and fun, I also felt like a lot of it came off as stiff or forced. Several times, I came across poems that changed up the meter or rhyme scheme so much, I couldn’t figure out what rhythm to read them with–I imagine, if I’d been reading this to a child, it might have sounded a bit awkward or mismatched.

Overall, this was a cute read with a ton of adorable illustrations, but I’m not sure I enjoyed it as much as I’d been hoping to going in. While there are a ton of characters and creatures covered, they didn’t really stand up on their own–they felt a bit stiff and unnatural, instead of leaping to life off the pages. I was, in the end, left feeling slightly disappointed, though there were several poems scattered throughout that I might revisit in the future. Still, I recommend this to readers with young children, lovers of fantastical/mythical creatures, and poet enthusiasts of all ages!

3 thoughts on “Magic Poetry: A Bit TOO Stiff for My Taste”