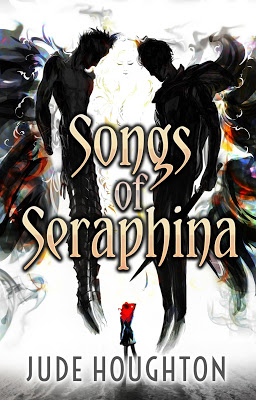 Some battles bleed so much, and for so long, that the earth never truly forgets their dead. Some battles are born of oppression, and some of greed, and some simply because it was written in the stars.

Three sisters—Charlemagne, Cairo and Pendragon Agonistes—are sent from America to England to live with their eccentric grandparents after their mother disappears and their father falls to pieces. But before the girls have time to find their feet, Charlemagne is married off to a dead man, Penny takes a nap and wakes up as a boy, and Cairo is swept into a dangerous romance with a man who wants her for more than her considerable charm. With the girls wrapped up in a conflict they barely understand, they don’t notice that their grandmother is transforming, or that the two demigod assassins who took their mother are now coming for them—if one of them can get over his crisis of conscience.

In this richly painted tale, at whose heart is the unbreakable bond of family and blood, the world of Seraphina collides with our own as three unique girls are dragged into twilight lives past, fighting for vengeance, retribution, and the survival of their exiled people.

Add it to Goodreads!

Get a copy here!

Jude developed a love of fantasy from a relatively early age after realising an innate talent for making stuff up could result in something other than detention. Working across the globe in fields as diverse as journalism, data entry, sales, management consultancy and babysitting, Jude has partially succeeded in putting an English and History degree from Oxford University to good use. A somnambulist, insomniac, lover of letters, Jude writes late into the night, most nights, tumbling down the rabbit hole to dream of other lives. Jude currently lives in Pennsylvania with an over-enthusiastic family and absurdly entitled dog.

5!!! Paperback copies of Songs of Seraphina are up for grabs!

Huge thanks to Jude Houghton, Tenebris and Grimbold Books, and YA Bound Book Tours for sending me a copy of this title in exchange for an honest review! This in no way altered my read of or opinions on this book.

Penguins, let me just tell you–these characters are an absolute blast! I really enjoyed Crakes’ journey, in particular–he goes through such an awesome character arc and shows SO much growth. For beginning as a type of antihero, he… Well, he’s still an antihero, but he’s an antihero with morals? Does that even make sense? Doesn’t matter, I’m sticking with it. Crakes for LIIIIIIFE, guys. Crakes for life.

The rest of the characters are just as vibrant and well-rounded, though! There are some super shady, creeptastic motivations driving half of them, though it’s often difficult to discern just which side of the “war” they fall on. This is mostly due to the fact that they are constantly shifting–their morals, their motivations, their beliefs are never quite the same from one chapter to the next, which made them SO believable to me as characters. I had a ton of fun attempting–and failing!–to figure out what was driving who, and where the journey was leading.

The plot is fast-paced and full of action, though there’s also a touch of something for EVERY type of reader–romance, intrigue, mythology, alternate universes… I especially adored how Jude Houghton handled and incorporated the pertinent backstory–this information is worked into the story so seamlessly, I found myself forgetting I was in the middle of a flashback and instead got sucked into the minds and motivations of THOSE characters. It was always somewhat a shock, therefore, to be returned to the “present” day–to be reminded that I was, momentarily, shoved into a long-forgotten moment.

And the prose! Dark and atmospheric, Jude Houghton sucked me in from the very first sentence. Several times while reading, I found myself wondering over the magic woven into every word, almost convinced I’d fallen under a spell and been transported out of reality into an entirely different world. The story is seamless, the language vibrant and detailed–at the end of the journey, I found myself loathe to leave! 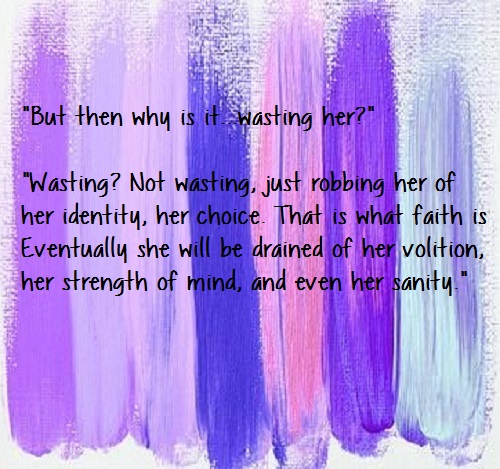 I cannot wait for the next book, to see what adventures await our band of unique characters. Jude Houghton wove the magic and beauty of the otherworldly into every page, easily transporting me out of reality and into the heart of this read. I definitely recommend this to lovers of fantasy, alternate universes, and stubbornly emotional demigods. Trust me, guys–you do NOT want to pass this book up!