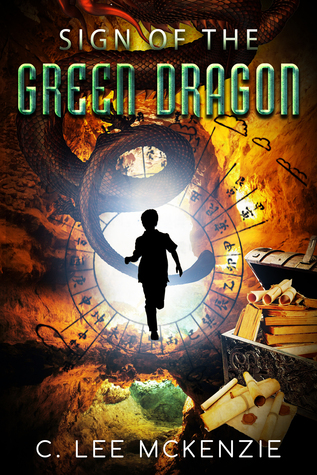 After six months in a new school, Sam’s finally fitting in. He’s the one kid with enough talent to hit the winning home run and bring the baseball trophy back to Haggarty Elementary. But Sam’s guardian is shipping him off to boarding school before that can happen.

When teammates, Joey and Roger, hear his bad news, they plot to hide him until the big game. Their secret cave is a perfect place until an earthquake shatters a wall and reveals a wooden chest with a red-eyed dragon carved into its top. Inside, a bony hand clutches a map with a note, promising treasure.

With Joey and Roger, Sam sets off to track down the clues and hopefully discover treasure. When some puzzle pieces start to make sense, the boys become lost in a labyrinth of underground tunnels, trapped by dangerous thieves and sealed inside an airless tomb.

Sign of the Green Dragon gets a high five for fantasy, fun and some fearsome adventure. If you like intrepid would-be knights on impossible and dangerous quests, you’ll love this story. As one reader says, this book, “has more twists than a dragon’s tail.”

Order now to jump into the adventure.

Huge thank you, first and foremost, to C. Lee McKenzie and Createspace Edition Publishing for sending me a copy of this title in exchange for an honest review! This in no way altered my read of or opinions on this book.

While not necessarily my favorite read of the year, this book was at turns endearing and enchanting. The focus on the boys’ struggles with and attempts at figuring out the “mystery” of this book–what the note they discovered meant, who/what the dragon twins were, and where the treasure was hidden–got somewhat lost in the grand scheme of the ending, particularly when one of the adult characters went missing/was kidnapped and the search for him began. I also felt like, for a book about dragons, I don’t feel like this focused enough on those key aspects–while there ARE dragons, they make sort of an odd, late appearance and do no more than explain that while they’d been “watching over the boys” the whole time, they couldn’t interfere because rules. In the end, I was just a bit let down by the promise of–and then lack of–dragons (but this is because I love books with dragons/dragon lore.)

The story, however, was quite a bit of fun. There were tons of humorous, snarky moments–particularly from our main boy, Sam–and I found myself being drawn into this world of mystery and intrigue fairly quickly. The prose is, admittedly, a little blase and young–but given the age this read is targeted for, I didn’t mind this so much. The fact that the characters become wholly consumed by and obsessed with their quest, and therefore don’t really notice the other things happening around them, was also realistic and well-done. I remember being that age and getting the same amount of tunnel-vision, and could easily understand where the boys were coming from throughout the read. 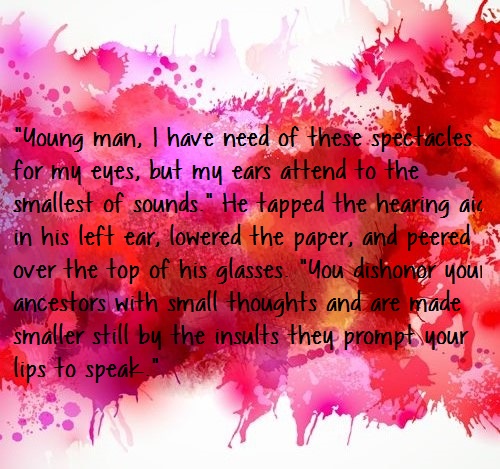 The plot is fast-paced and action packed, though not weighed down TOO heavily with subjects of import. Sam is, throughout, struggling to figure out his place in the world–recently moved into his uncle’s house, his plight to come to terms with a feeling of helplessness and homelessness was endearing and heart-wrenching. The amount of devotion C. Lee McKenzie put into making and molding dynamic, differing familial relationships was a highlight of this read.

Of course, given the rating, you probably already know that this was not necessarily the book for me personally. While I enjoyed the story and the focus on familial relationships, both blood and not, I was disappointed by the seeming lack of actual dragons. There were also quite a few missing words or grammatical inconsistencies that, while not necessarily dragging down my reading progress, did trip me up a time or two throughout. They weren’t big enough to merit much on my radar, but there were enough of them that I started to notice after the first couple chapters.

Overall, this was a cute coming of age tale with a slight focus on the fantastical. I had a good deal of fun following the boys on their journey–and seeing where Sam’s personal struggles led him at the end. C. Lee McKenzie crafted a read that lovers of mystery, thrill-seeking adventures, and dragons will appreciate–no matter their age! This was a fun read; I can’t wait to see what the future has in store for us from this author!