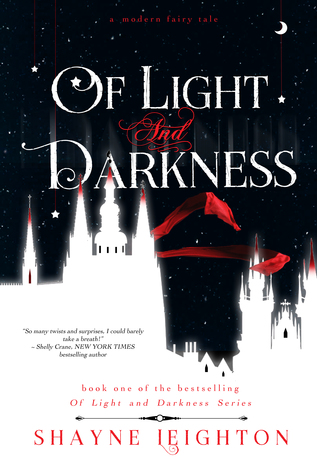 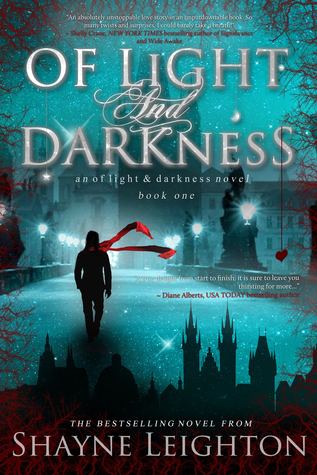 Shayne Leighton’s stunning New Adult debut is a fiercely imaginative, multilayered dark fantasy where Alice In Wonderland meets Anne Rice’s Interview With The Vampire in a story about a girl caught between two societies . . . two magic sides . . . and two loves.

Charlotte is the only mortal in a society of beasts and nightmarish things. By night, she hunts other humans to satiate her Vampire guardian. By day, she struggles to find her place of belonging among the magic and monsters.
But when war conflicts her peaceful, however odd little life, she must fight for love and survival the only way she knows how…
…with her blood.

Quick Reasons: romance?! NO, this is a roMESS! it’s like…a love square meets a love triangle, if that makes sense? (and it’s epic); fated soulmates; vampires and wizards!; this is “light versus dark” tale taken to the extreme; a new spin on several old tropes; love the creative twist to vampire lore Shayne Leighton uses; some major grammatical errors brought the score down a bit for me

I…don’t even know what I just read, but I ADORED it and now need the second book ASAP. Is it September yet? I need book two!

I just… I HAVE to start with the romance, because it’s epic, guys. Seriously, I tried explaining this drama to the hubs while reading, and I was like… “It’s like, it’s like…” And the hubs? Sort of smirked. “It’s a mess!” he said. So…yes. This is NOT romance. It’s a roMESS, and I loved every single moment of it, mostly because it was SO entertaining and amusing. Like seriously, everyone’s in love with the vampire…except that one dude who’s in love with the vampire’s charge. It was insanity, and awesome, and I giggled every time any of the characters fought over any of the other characters, which seemed to happen every chapter. It was just… gah! GAAAAH! I thoroughly loved how far off the beaten love-triangle track Shayne Leighton took this book. So many kudos to her!

There are some very annoying grammatical things happening in this read that, ultimately, took my rating down just a notch. The commas, guys. The commas are EVERYWHERE, and not always in the ways they should be. There are repeated words (as in, “for that” might be repeated twice in a row in the middle of a sentence). And while these things did not detract from my enjoyment of the read or entertainment of the story…it was a LOT, in the end.

But I WAS enthralled, and I was entertained, and I giggled like a maniac more than once. Shayne Leighton brought a lot of spunk and creativity to the “light vs. dark” battle in this book–and squashed the idea that there are no unique stories to tell left in the world. This book is unique in every way that matters. Vampire lore is built upon in a different way, love triangles are squashed and then recreated… This entire book was one large, awesome journey.

And the actual romance–the one this book focuses on? It’s forbidden love, taken to the extreme. It’s “guardian turned lover.” It’s sweet, and tender, and makes several romances I’ve read recently pale vastly in comparison. It’s realistic, while so much of this book is magical. This romance is fated…but written so beautifully, you’ll forgive that tiny detail. The rest of the characters, as well, are beautifully-rounded. Each has a purpose. Each draws you further into the story–even those you come to loathe, and I promise, there’s at least one that I started out liking only to realize, several chapters farther, I actually REALLY hated.

This whole read was a wild, fascinating journey, and I am SO glad I took a chance on this book. While there are some annoying grammatical issues, they did not, in the end, detract from my enthrallment in the least. The prose is not necessarily “flowery”…but it’s gorgeous, all the same, with some sobering, wise pearls hidden in the mix. The characters are well-rounded, snarky, and entertaining…and romance? No. From now on, this book will be considered a roMESS in my mind–and I don’t mean that in a bad way at all! If you like vampire/mortal love stories, fantastically magical journeys, and light vs. dark battles, this is the perfect read for you! Trust me–it’s worth picking up!

4 thoughts on “Of Light and Darkness: Romance?! No. RoMESS!”