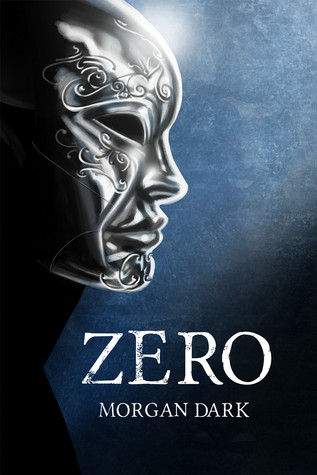 A mystery hidden for years.

And an elite boarding school where no one is who they say they are.

Kyle Bradford is the envy of Drayton College, but everything takes a turn when a dangerous shadow, hidden in the darkness, starts to stalk him. From then on, his life falls apart. Unjustly accused of being the main suspect behind the robberies terrifying high society, he is forced to prove his innocence. And to do so, he has to find the real culprit: Zero, an infallible criminal who keeps his identity hidden under a silver mask. What Kyle does not know is that his enemy is keeping a secret. A secret he would sacrifice everything for.

A dizzying, heart-stopping thriller you won’t be able to put down.

Quick Reasons: mysterious, dramatic, riveting; lots of loop-de-doops and surprises; I was enthralled from the get-go; simple prose with an intricate plot; there was a weird formatting glitch in the (first?) chapter; weirdly complex and contradictory characters

First and foremost: HUGE thanks to Morgan Dark and Rubinos, 1860 Publishing for sending me a copy of this title in exchange for an honest review! This in no way altered my read of or opinions on this book.

So…let’s just start out with a broad-spectrum comparison, yes? This book? Is sort of like Pretty Little Liars meets Gothammeets Scooby Doo. Which, in my opinion, is pretty epic! There’s a finely tuned air of mystery that kept me always guessing…and running toward the wrong conclusions! I was engaged, but also felt as if I was always ONE small step behind the plot, which is the perfect recipe for a good mystery, I think. Morgan Dark has a way of dropping hints into the middle of a seemingly harmless paragraph…and then making you, as the reader, think it inconsequential.

The prose is pretty standard and simple. Because this was originally written in Spanish and translated into English for this special ebook release, there are a few very tiny translation issues–though honestly, these could have easily happened in any book, and they didn’t bother me. There WAS, I believe within the first three chapters, a grammatical glitch that copy/pasted approximately 6 whole paragraphs–a repetition, in other words. This was a bit annoying–it took me a minute to realize the repeated section wasn’t meant to be there, and to click my way through until the end of the chapter. However, it was the only place I really noticed anything weird, and I quickly forgot about it.

The characters, on the other hand, are an interesting mess of confusing. After the initial third-person POV prologue, we shift almost seamlessly into first-person — Kyle’s perspective. And Kyle… Well, he’s a mixed bag of contradictions. He spends several paragraphs complaining about the rich kid complex, but turns around and pulls the same ‘tude a few times throughout the narrative. He asks questions and expects to get answers, but he doesn’t actually LISTEN to the answers. Small things, sure, but they stood out–and made me question which Kyle was the true one.

This was, overall, a sassy, entertaining read–with some shocker plot twists along the way! (71% mark, I’m looking at you!) I promise you, Morgan Dark knows how to red herring with the best of them. You’ll find yourself making the wrong assumptions all over the place, only to turn around and rethink everything! I definitely recommend to lovers of shows like Pretty Little Liars, masked avengers, and snarky mysteries. If that sounds like you, give this a try–you’re bound to be enthralled!

(Also, there’s almost no romance the entire read [save just a little snippet of a hint near the 90% mark], so there’s that!)