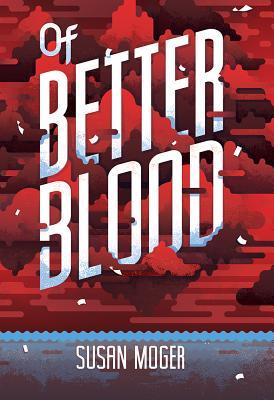 Teenage polio survivor Rowan Collier is caught in the crossfire of a secret war against “the unfit.” It’s 1922, and eugenics the movement dedicated to racial purity and good breeding has taken hold in America. State laws allow institutions to sterilize minorities, the “feeble-minded,” and the poor, while local eugenics councils set up exhibits at county fairs with “fitter family” contests and propaganda. After years of being confined to hospitals, Rowan is recruited at sixteen to play a born cripple in a county fair eugenics exhibit. But gutsy, outspoken Dorchy befriends Rowan and helps her realize her own inner strength and bravery. The two escape the fair and end up at a summer camp on a desolate island run by the New England Eugenics Council. There they discover something is happening to the children. Rowan must find a way to stop the horrors on the island if she can escape them herself.”

Quick Reasons: life-ruiner!; the world in 1922 was absolutely terrifying, I am so glad I didn’t live there; this historical fiction is SUPER important, even today; lots of focus on human nature and ingrained paranoia; atmospheric, beautiful prose; the main character has a ton of personal growth; snarky, sassy characters made for some entertaining dialogue

HUGE thanks to Susan Moger, Media Masters Publicity, and Aw Teen Publishing for sending me a free copy of this title in exchange for an unbiased review! This in no way altered my read of or opinions on this book.

This book is terrifying. And not in a, “big vicious monsters and alternate worlds” sort of way. No, this book is terrifying in a completely realistic, human-nature and ingrained paranoia way. This book bleeds human nature, seeps each page in ingrained paranoia…and attempts to show readers how such judgments, how such actions, can be hugely damaging in the long-run. This story is packed with morals—and comes out a life-altering, breath-stopping read.

I thought, going into this, that the book was going to be nonlinear. The first few chapters are set up just as if it were—they jump times, they switch settings. They took me on a journey, and sucked me in. But once the backstory is established and Rowan’s journey begins, the time-hops stop. I didn’t notice much while reading; I was so focused on the story being woven around me, the trials and tribulations faced by our characters, that I didn’t even notice the world. I do wish the time skips had been kept throughout, even if only sporadically—they helped to show us the many different sides of the characters we grew to know so much about throughout the read. Regardless, I still love this book!

The prose is gorgeous—poetic, atmospheric, and steeped with historical accuracy. While not every bit of this world is “real,” the ideas, the human-nature shown, all of it is realistic enough to leave me with goosebumps even now, almost a half hour after closing the covers.

And the characters! Rowan and Dorchy go through so much, and learn so much from each other—and the world around them. Rowan, especially, is marked by a wide-arcing and inspiring journey of self-discovery and self-love. While some of the other characters fall a bit flat and come off as 1-dimensional, I feel this is not so much a fault of the writing but instead a testament to how little Rowan, our main character, spent with those characters while such traumatizing and horrifying events were occurring. She was, after all, a bit preoccupied with other things. She was more concerned with making it through the events in one piece, and getting as many others out as possible—where Dorchy, her foil, was much more impulsive. Such vast differences helped to shape and mold our characters—and show readers that things are only impossible if YOU think they are.

In my opinion, this book is SO important. It’s also absolutely terrifying—and wholly realistic. The lengths that people in Rowan’s world went to for the eugenics movement… There are no words to explain how impacted I was by this read, and the characters who so valiantly faced whatever obstacles were thrown at them. This is a life-ruiner, guys—if you’re a lover of historical fiction, stories focused on human nature/ingrained paranoia, or atmospheric prose, this is definitely the book for you! I recommend picking it up, for sure.

5 thoughts on “Of Better Blood: This World is Terrifying”