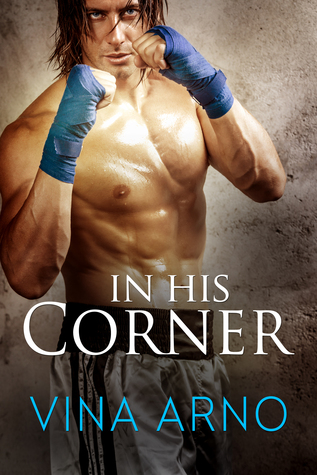 No sex for almost a year could kill a guy, but when you’re the boxer known as the Juggernaut, it’s the price you pay for turning pro. Tommy’s fully dedicated to his craft, until he meets the incredibly gorgeous Dr. Siena Carr. Now he’s looking forward to taking on this prim and proper lady in a wet and wild work-out…

Siena has seen many patients come through the ER, but none as sexy as Tommy Raines. With a nasty cut over his eye, she knows he needs stiches, but after he takes off his shirt, she needs some air. With rock-hard abs and taut biceps, it’s clear this man takes care of his body. And all Siena can think about is letting him take care of hers…

Quick Reasons: intriguing, complex, entertaining characters; some interesting, bordering-on-humorous phrasing; the definition of “opposites attract”; I feel like maybe the characters were hooked on their differences, and not enough on finding a happy medium; Siena was headstrong…in a way I’m not sure I liked all the time

Huge thanks to Cindy Fazzi (writing under the pen name Vina Arno for this novel) and Kensington publishing for granting me access to this novel in exchange for an honest review! This in no way altered my read of or opinions on this book.

He walked into the Emergency Department as if he owned it. Dr. Siena Carr was struck by his swagger—part gigolo and part caveman. Total alpha male. Even the automatic doors swooned at the sight of him, making a sighing sound as they closed behind.

This was my first foray into straight-up romance. Don’t get me wrong: I have read romances before. But these have been of the paranormal/supernatural OR new adult variety. You know…romance, with a little something extra on the side. Hopefully, no one holds this against me—I generally like a story to go with my sex, if you know what I mean.

Therefore, going into this read, I was nervous. I probably shouldn’t have been, but there you have it. And within the first few paragraphs…I found myself giggling. A LOT. The husband was immediately staring at me with eyebrows quirked, that look of “what is wrong with you?!” on his face. So of course…I read what I found so amusing out loud. And he shook his head and put his headphones back on. I guess he didn’t appreciate it the same way I did. Uh oh. Are romances supposed to be funny?! Cue nervousness all over again. What if I wasn’t supposed to be giggling about this? Were these things meant to be humorous, or sexy? I wasn’t sure.

It hadn’t worked. She had rejected him, only to become obsessed with him. By saying no to him, she’d been untrue to herself. The word “misdiagnosis” came to mind. She was the worst doctor of her own heart.

Of course, I finally settled in—and devoured!–the read. But there were some things that stood out to me as, perhaps, a bit…odd. First off: I didn’t really GET, from reading this, that these characters actually love each other. Specifically, Siena. The entire book, she complained about pretty much everything. She tried to change Tommy at practically every turn. He called her spoiled, or a snob, A LOT…and I couldn’t help but agree. She definitely comes off as snobbish, and I didn’t think she really even tried to get to know him beyond the physical. Perhaps this was the way Cindy Fazzi/Vina Arno intended her to come across, but…I don’t feel like these two characters connected in that important way I need characters to connect for romance novels. They sort of just…reacted? to each other, without trying to find that happy middle-ground, that nirvana I feel a true love really needs to work.

Secondly, there’s really no GROWTH happening. The characters get angry and yell at each other for being “too much” or “too little” such and such…but then turn around and say, “meh, don’t worry about it. It’s all good. It’s all forgiven.” which…totally contradicts the “we need to work this out” thing they kept pushing for in the first place. When things got rocky, I feel like they reacted one of two ways: yelling and dumping each other…or climbing into bed. I didn’t get to see them as an actual couple, outside the bedroom. They didn’t really react to or interact with each others’ social circles. I just… I don’t know if, in the end, I BUY the romance in this romance novel, I guess.

Why did guys behave like toddlers when they were asserting their masculine pride?

I did have a lot of fun reading this, though! While the prose is a bit unintentionally humorous in certain places, I think that was more me analyzing it more than needed. The characters were entertaining and engaging, despite the romance itself having some glaring flaws. I definitely recommend this read to lovers of romance novels, the “opposites attract” philosophy, and a LOT of dramatic soap-opera-esque moments. This was a wild ride, start to finish—and a great place to kick off my forray “straight romance” reads.

3 thoughts on “A Review of In His Corner, by Vina Arno”