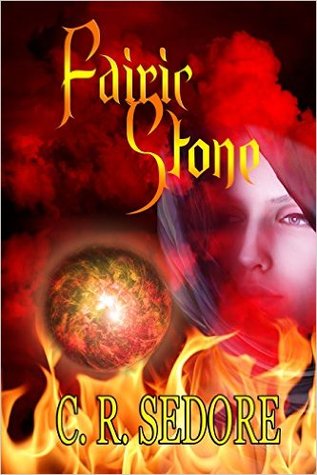 Fairic is a planet similar to our own. The biggest difference besides its two moons is that the ecosystem thrives on elemental energy. Fairic is inhabited by mortals and spell wielders. Four races of wielders are blessed with elemental power that keeps the ecosystem thriving. Fire wielders are cast out because they are infected with a virus that turns them into demons called Ashards. Now the planet has a dying ecosystem with the lack of an element. Then there are Ashards burning and killing everything in sight. The planet is in immediate doom unless someone can find a cure.

Cora is one of the last fire wielders because she was born during the breakout. She is feared by most at the tender age of 16. She is a contagious time bomb waiting to infect and destroy. She is forced through tragedies and curiosity to embark on a journey. Cora and her best friend Odessa set out to find a cure but it will come at a price neither of them expected.

Quick Reasons: I…am not sure I followed anything that happened in this novella; the timing is wonky; the characters fell flat; the prose and plot line felt rushed; I spent most of the read very, very confused and very, very frustrated

This novella was…strange. And usually, that’s a good thing in my world—I’m all about the strange, after all! But…this was strange in a way I just couldn’t get behind. It just didn’t WORK, for me.

First off, the characters and the world-building felt really flat. Like…there are supposed to be all these awesome powers, and element-wielders, and magic! Except we didn’t really SEE it, much, save brief snippets that passed in like two sentence intervals. The world-building was spotty, as well—we’d get told something, but details fell through the crack. Things weren’t properly explained. And the things that were explained…were really confusing!

Also, the prose often contradicted itself. One thing would be said in one sentence, but then five sentences down the road it would all get turned on its head. There was a LOT of “yabba yabba”…as in, the narrator talked. A lot. About ALL TEH THINGS ever…except it felt like all that ever happened was talk, because everytime something important happened, or seemed to be about to, our MC fainted. Or got called away. Or was told it “wasn’t important” when really, we, as readers, were dying for those details.

This was just…weird. And not in the way I like. I, personally, just couldn’t get into it—I didn’t connect with the characters, I didn’t understand most of the story, and at the end of the read, all I felt was frustrated. I guess this just wasn’t the novella for me, though it seems others really like it—it’s got a pretty decent rating on Goodreads. So…not for me, but maybe it’s for you?

One thought on “A Review of Fairic Stone, by C.R. Sedore”