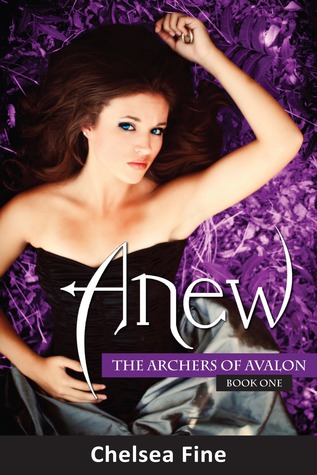 Two years ago, Scarlet awoke in the forest alone, afraid, and unable to remember anything. Lost and confused, her life was a mystery…until she met a boy with a familiar voice.

Gabriel Archer has a voice from her past, and Scarlet’s determined to remember why. She immerses herself in his life only to discover he has a brother he’s kept hidden from her: Tristan Archer.

Upon meeting Tristan, Scarlet’s world becomes even more muddled. While she’s instinctively drawn to Gabriel, she’s impossibly drawn to Tristan–and confused out of her mind. As she tries to piece together her history Scarlet realizes her past…might just be the death of her.

Quick Reasons: unique plot and premise; characters that stand alone and beautifully together at the same time; love triangle (please insert gagging here please); never read anything quite like this before; simple prose, few descriptors; some iffy grammatical things that might be passed off as first-book syndrome

Tristan was silent for a few moments, looking at the leaves before them. “Life isn’t about the past and the future. It’s about today.” He paused. “It’s about five minutes from now and two seconds ago. It’s moments, you know? Not years. Years aren’t what define us.”

Scarlet wrinkled her brow. “But if you know your moments are numbered, are you really living at all?”

I picked this book up mostly on a whim, if I’m being honest—I don’t recall where I first stumbled across it, but it immediately sounded like the sort of book I’d love to get lost in. Having just read it, I have to admit, I wasn’t too disappointed! The premise throughout is intriguing, the plot filled with a sort of dramatic “action,” the characters both snarky and well-rounded.

Scarlet, especially, stood out to me. Her voice and personality, despite having amnesia through most of this read, were strong and sharp enough to cut diamond. When matched with Tristan… Well, to say that I saw fireworks flaring around the two of them (regardless the emotions being played out) would be a slight understatement. It’s interesting to me, though—Gabriel, the twin brother, didn’t really strike me as much of a character at all. He’s actually pretty flat throughout, which didn’t help his case with me in regards to being “the one” for Scarlet—he did absolutely nothing for her. No chemistry. That all went to Tristan—though he, too, could have been a bit more fleshed-out at the beginning. To be honest, I didn’t really feel connected to any of them until close to the halfway mark.

For all Scarlet knew, the mysterious object was a magical ring of death that summoned demons from Middle Earth or something. She would probably trigger some ancient spell by wearing it and accidentally start a war in another dimension. The last thing Scarlet needed in her life was more voodoo drama.

That being said, this was a quick and (mostly) light-hearted read. I thoroughly enjoyed watching Scarlet traverse the world around her with no memories—and then, while rediscovering them. She did have a bad habit of freaking out over senseless things, if I’m being honest…but on the other hand, what teenager doesn’t? I remember doing the exact same thing at her age, so… Realistic? Yes.

I wish other characters had been given the same chance to shine, however. We see hardly nothing of Laura throughout the entirety of the book. For being Scarlet’s guardian, she doesn’t DO a whole lot of supervising? That part felt a smidge off to me; wouldn’t a parental figure like that be checking in more often, at the very least? I mean, I get the girl’s immortal, but still! I felt like…a lot of the author’s efforts went into the love triangle and the curse, and not enough to the characters or the writing. There were a lot of awkward grammar things happening that I suppose could be attributed to first-book syndrome, but annoyed me regardless.

AND THAT STUPID CLIFF-HANGER ENDING! I just. I can’t even. Grr. Grr to all authors who use cliff-hanger endings to make readers feel obligated to pick up the next book in a series. If I’m really into the book, I don’t NEED you to push me toward the sequel. So stop doing that!

Overall, though, this was an entertaining, enjoyable read. I really liked seeing the various twists Chelsea Fine brought to the ideas of immortality and the Fountain of Youth—and will most likely be picking up book two, because I’m weak-willed and need to know what happens next. I recommend this read to lovers of teenage angst, love triangles, and the paranormal. I’ve never read anything quite like this book before, so if you’re into books of a different flavor, definitely give this one a shot!

One thought on “A Review of Anew (The Archers of Avalon #1), by Chelsea Fine”