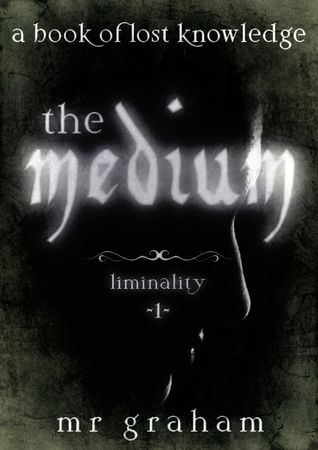 Lenny is good at teaching physics. He is good at fixing things, making friends, and not attracting attention. He is good at being a medium, helping spirits pass beyond the Veil. But as a vampire incapable of violence, he has always been a bit of a joke.

All it takes is a drink in a hotel bar, a stumble into the wrong place at the wrong time, to run him afoul of Sebastian Duran, a lunatic who controls other people’s minds better than he can control his own. Torn away from everything he knows, trapped and starved and under constant mental assault, Lenny’s best hope is Kim Reed, a wizard tasked with bringing down Duran. Kim cannot believe that Lenny is evil, but neither can she hide him, and while she battles for his freedom, Lenny is forced to confront his own potential for monstrosity.

Quick Reasons: interesting, entertaining take on vampires/vampire lore; sort of confusing writing at times; lyrical and circular plot; strange, ambiguous epilogue; a lot less action in the second half of the read; nice examination of abuse, Stockholm Syndrome, and PTSD

Now, don’t go misunderstanding me! If you’ve been following my reviews, you’ll know by now that weird books are my bread and butter. I breathe them. I thrive on them. I often toast them and eat them for breakfast.

I kid, I kid! Sort of. But not about that first sentence—this book is weird, and while there were some moments I wasn’t sure it was weird in a good way, overall I’d say the weirdness is a weirdness I’d take any day. It stands out.

“Protection! I had a place to live. I was comfortable here. And they were a family, and I liked them, and they were mine. You can’t go around breaking other people’s things and then expecting them to rush to help you!”

There’s a weird play on vampires and vampire lore going on in this read that I’m not entirely sure can be summed up without confusion, because I’m still slightly confused about a few key points myself. The Broken, for instance—I’m not sure I understand what they are or how they come about. There’s also a sort of…circular repetition going on with the prose that at times felt a bit stilted and awkward but, for the most part, actually made a TON of sense…especially after learning everything we do about Lenny and his journey. The epilogue at the end, though, felt unnecessary to me—I’m not sure why it’s there, apart from introducing a new character and making things more confusing overall. If it were up to me, I’d leave the book with the last chapter—it clears up the beginning, it sets the stage for an interesting opening in the next book, and it closes up everything that’s happened before. Simple. Lyrical. Gorgeous, though bittersweet. In my opinion, perfect.

The characters are both endearing and disturbing at turns. I’m sad we didn’t, in the end, see more of Kim—she seemed like such an important, fascinating character…and was forgotten. Or, rather, forced to move on due to unforeseen circumstances. Note for authors: if you’re going to have a character be kidnapped by family and held magically hostage for ¾ of the book, perhaps you shouldn’t have that character in the first place. I get that Kim was integral to rescuing Lenny, but…he gets re-kidnapped by the psycho-vamp and it all came to pretty much naught, so what was even the point?

There are a lot of things happening in this book, and it does get sort of confusing after a fashion. A lot of characters are introduced, explained, and then left to rot in the distance. A lot of promising futures are hinted at…only to be thrown out the window. Don’t get me wrong—for this particular story, I understand! But at the end, despite the cyclic nature of the plot, I felt there was a huge chunk of story I wasn’t receiving. It feels unfinished, I suppose, in a bigger way than just “because it’s only book one.” There is also a lot of experimentation with abusive relationships, PTSD, mental illness, and Stockholm Syndrome/codependency going on, which brought a different level of interesting to the vampire story.

They drove for nearly a week straight after that, and by the time they got where they were going, Lenny was no longer sure who he was supposed to be. He stayed with a monster for the sake of a ghost he did not know he could save.

So, yes—this book is weird, and it has some moments that defy weird and creep into utterly confusing, but it’s SO SO worth it for the complexity of the characters and the awesome use of cyclic writing. While I’m disgruntled about the ways some of the characters played out, I think I’d like to pick up the next in the series—I need to know where Lenny ends up next, because let’s be honest, the guy’s been through hell. I’d definitely recommend to lovers of weirdness, vampires, and complexly intriguing characters. This was a fun read; I can’t wait to dive into more of M.R. Graham’s work!

One thought on “A Review of The Medium (Liminality #1), by M.R. Graham”