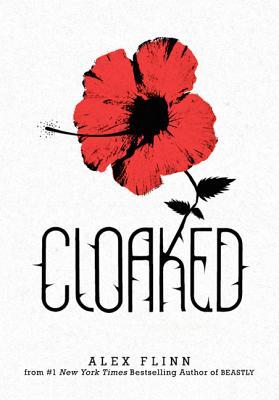 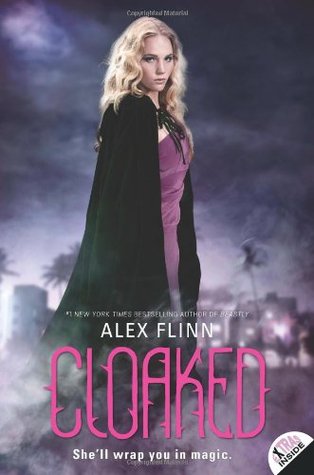 I’m not your average hero. I actually wasn’t your average anything. Just a poor guy working an after-school job at a South Beach shoe repair shop to help his mom make ends meet. But a little magic changed it all.

It all started with the curse. And the frognapping. And one hot-looking princess, who asked me to lead a rescue mission.

There wasn’t a fairy godmother or any of that. And even though I fell in love along the way, what happened to me is unlike any fairy tale I’ve ever heard. Before I knew it, I was spying with a flock of enchanted swans, talking (yes, talking!) to a fox named Todd, and nearly trampled by giants in the Keys.

Don’t believe me? I didn’t believe it either. But you’ll see. Because I knew it all was true, the second I got CLOAKED.

Rating: 3.5/5 Stars
Quick Reasons: fun, quirky characters and a unique spin on several well-known tales; more focus upon the drama and action than on character motivations/growth; sort of awkward, clunky “aha” moments from left-field; a bit of a “busy” plot line

This is the third book I’ve read from Alex Flinn. While I’m not sure she’s really the author for me specifically, I have a TON of fun reading her retellings and diving into the worlds she goes to such great lengths to cultivate and create. This was no exception.

Meg makes a face and lays her hand on my arm. “And why, exactly, would John want to see Eurotrash?”

“Hello?” Ryan says. “Because he’s a seventeen-year old guy with normal male urges, and she’s got-” He holds both hands out from his chest.

I think what I love most about Alex Flinn’s books are the creative twists and spins she brings to each and every fairy tale she tackles. In this book, she tackled a TON of different fairy tales—and while I’m not sure they all worked together cohesively, I had a ton of fun reading through the chapters and wondering which new turns we were going to be given. I love how much trouble she went to to make each and every fairy tale fit together and come to a mostly wrapped-up ending. I did have a bit of trouble believing certain things about the world or stories, though—and the ending seemed a bit TOO well patched up. There were some “aha” moments that seemed a bit rushed, not as thought-through… That had obvious conclusions instead of rollercoaster adventures.

The writing is like all Alex Flinn’s work: simple, but witty and snarky and highly entertaining. The characters were well-developed for the most part, and stuck to their guns. I particularly enjoyed just how much our main character broke the mold on “normal” teenage males in themodern age: he designs shoes for fun, and aspires to be a famous shoe maker when he gets out of college. I mean… that’s just so inventive! And while I understand this might have been done to “fit” the character into his own fairy tale retelling, I had a ton of fun reading from Johnny’s perspective. He’s morally sound, but still flawed (the boy is naive as none other, which got a bit annoying toward the middle but was easy to overlook).

Beside me, Philippe and Meg hold hands. He murmurs something that sounds like, “my dear leetle mongoose.” I wish he’d turn back into a frog and hop away.

There were some things I didn’t like. Johnny’s love seems fleeting and a bit…immature? He realizes he cares for his best friend and it’s supposed to be good, that “realizing she’s the one” moment, but I didn’t buy it—the lead up to it was almost nonexistant, and the reasons behind his “reckoning” were half-hearted and shallow. I understand jealousy is often the emotion that makes us realize ourselves, but in this case… I didn’t see it coming. Where I knew from the beginning how Meg felt for Johnny, HIS emotions were harder to pin down, and I don’t buy them as the “happily ever after” they’re supposed to have achieved at the end.

I also feel as if perhaps this story got a bit “busy” near the middle. Alex Flinn introduced new fairy tales almost every other chapter, and there was SO MUCH going on, it became difficult to remember who Johnny’d promised what. Factoring in the antagonists and the main story we were supposed to be following, I feel this MIGHT have been biting off a bit more than readers could chew. It was a ton of fun to read about the different tales tackled and the ways Alex Flinn spun them to fit into her world, but overall, I think it was a bit much.

He bursts into tears, and not some manlike tears either, where you pretend you’re brushing something off your face and, incidentally, wipe a tear. Nope. He starts bawling like a kid who spilled his Slushie…

Overall, this was an entertaining and highly original read. The voice/POV was witty and light-hearted, the characters intelligent and finely crafted… but there were some short comings, as well. I’d recommend to lovers of witty humor, unique and inventive fairy tale retellings, and characters with a ton of gumption and personality!

4 thoughts on “A Review of Cloaked, by Alex Flinn”