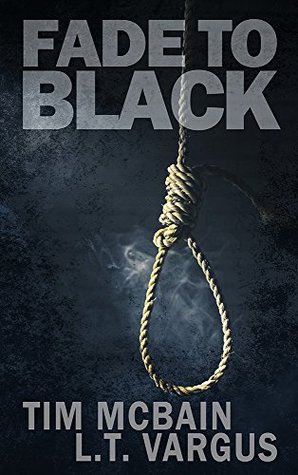 Dying violent deaths over and over again totally blows. Loner Jeff Grobnagger has learned this the hard way. Every time he has a seizure, he dreams that a hooded man strangles and kills him. He runs. He fights. He hides. No matter what he does, his efforts end in a pretty bad case of death.

But when someone tries to kill him in real life, he realizes that what happens with the hooded man isn’t just a dream.

Who is the hooded man? And who tried to kill Grobnagger in real life? His quest for answers leads to a missing girl, cults obsessed with astral projection, an arcane puzzle sphere, an evil book, a private detective named Louise and a mustached man named Glenn that makes ‘the best martini you’ve ever tasted.’

Yep. If it weren’t for all of the horrific deaths, Jeff Grobnagger would be having the time of his life.

Rating: 3/5 Stars
Quick Reasons: dark humor and expert use of satire; interesting and unique ideas; nicely written, with a strong plot and a good sense of action; some confusing moments/plot loops that aren’t explained adequately

L.T. Vargus approached me on twitter recently with a comical (and slightly strange) request.  It went something like, “I would drink Clorox to get you to read my book!”

Of course, I checked out the blurb before diving into this headfirst, and was intrigued–and hooked–by what I read.  Astral projection?  Being killed off in some sort of dream world again and again?  This book had my name all over it!

And to start out with, it seemed I would really enjoy the read.  Our narrator had an awesome voice uniquely his own, standing out from the many books I’ve read the last few months.  The dark humor and satire was woven masterfully into the words, spaced out just enough to keep me entertained while remaining true to the story the writers were attempting to convey.  While not the most descriptive prose, the first ten chapters hooked me, seeming to fly by in a blink.

But the deeper into the story I got, the more I started to notice the inconsistencies.  For starters, our two main characters have never met.  In fact, the first time they meet is after one of Jeff’s infamous seizure/hallucinations in the middle of a parking lot.  Jeff, being the macho stubborn man he is, refuses to leave with an ambulance…and Glenn apparently decides to go out of his way to give Jeff a lift.  Except Glenn, for some reason, has a DIFFERENT idea.  He takes Jeff to his own home…and proceeds to become Creepy McCreepster, asking Jeff to help him find his missing daughter.  So…okay…you’ve just met this dude, but you think he can help you?  This was only the start of the weird and inconceivable.

Throughout the rest of this novel, Jeff and Glenn suddenly and inexplicably–in the course of like three days, mind you!–become “best” friends.  Jeff spills the contents of his life story all over Glenn, moves in with him, and then continues spilling drama all over the floor.  I had SUCH a hard time believing that Jeff, who is ADAMANT he doesn’t need anybody, who pushes everyone who tries to get close away immediately…would let Glenn become such a prominent part of his life, but apparently Glenn doesn’t count as a human, or something?  Characters seem to care about each other more deeply/quicker than they should, being strangers.  Or maybe I just didn’t connect with the characters in the way I needed to.

Now, don’t get me wrong.  The ideas that L.T. Vargus and Tim McBain play with throughout this novel are intriguing and hold a LOT of potential.  The problem is, I didn’t see them being utilized to the best of their ability.  Is Jeff ONLY in an alternate world when he seizes…or is that the REAL world, while the alternate world is the one he thinks is real?  If the world he thinks is the real one, really IS the real one…how did Glenn draw a door into a concrete wall and walk out of it?  Why does Jeff remember the alley scenes in the world he shares with Glenn…but doesn’t remember the world he shares with Glenn in the alley scenes?  There are a lot of plot-holes and loops that remain unclear and unexplained.  Sometimes, the writing seems as if readers are supposed to already know certain things about the characters/this world without having been told.  I think there were a LOT of things going on in this first book that weren’t given the chance to grow and breathe properly.

I’m intrigued to see how the next book pans out.  Hopefully there are more answers–hopefully a lot of the inconsistencies get cleared up/resolved, because right now, I have a TON of questions…mostly revolving around what happened in the book I just finished.  If you’re into dark humor, satire, the paranormal, and stories with a sense of intrigue, I recommend checking this one out!  It shows a TON of promise; my fingers are crossed the next book holds the key.